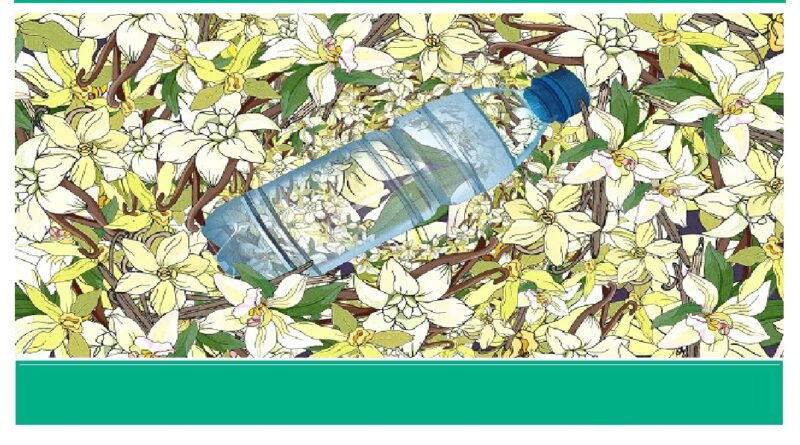 It is estimated the global demand for vanilla is growing due to the vanilla flavoring of food stuff. Vanillin is a highly desirable chemical widely used in the food and cosmetics industries, pharmaceutics, cleaning products, and herbicides.

Vanilla traditionally comes from the extract of vanilla beans but in fact, 85% of the world’s vanilla production is currently derived from fossil fuels. Among a lot of plastic bottles which are sold every minute all over the world, just about 14% are recycled.

Reports also claim that plastic bottles are the second most common form of marine litter, after plastic bags.

The result of one study in 2018 had been suggested that a type of plastic used to make bottles, which is known as PET, is feasible to recycle. Researchers discovered how to use microbial enzymes for breaking PET down into terephthalic acid (TA).

Further research conducted by the University of Edinburgh and published in the journal of Green Chemistry demonstrated utilizing a biological system to upcycle plastic waste into a valuable industrial chemical, for the first time.

Scientists used engineered E.coli bacteria to transform TA into vanillin. The process is included warming up a microbial broth to 37°C for a day, similar to the conditions for brewing beer. Ultimately 79% of the TA was converted into vanillin through this.

Stephen Wallace from the University of Edinburgh, said:

“Our work converts the perception of plastic as a trouble maker waste to a new carbon resource with the capability of ending up to high-value products.”

The researchers of the University of Edinburgh believe more tests are needed to make sure that plastic-derived vanilla could be safe to eat.

The researchers aim to focus on scaling up the process to convert larger amounts of plastic and speed up the time that takes to do so. They think other valuable chemicals such as some compounds used in perfumes could be generated from TA as well.