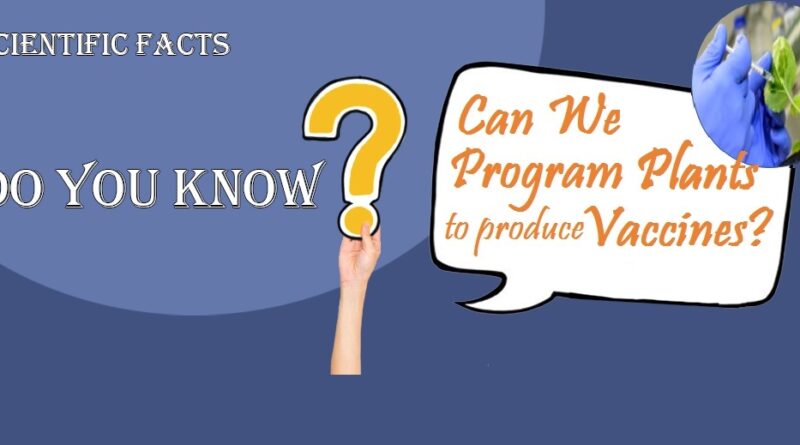 Molecular farming is the basic idea to genetically modify or program plants in order to produce useful biomolecules such as vaccines for us.

Cultured proteins could use as medicine for the treatment of many diseases, including diabetes. One of the most common ways of culturing proteins is utilizing bio-machinery of organisms like bacteria and other mammalian cells, such as the Chinese hamster ovary (CHO) to use nucleic acid code as a pattern for generating proteins. But culturing methods are more expensive and time-consuming than molecular farming.

Production of edible medicines –bananas, for instance, that express vaccines in their cells has been one of the early ideas which it didn’t take off. One of the reasons is the difficulty in control of dosage with edible vaccines.

One study by Professor Julian Ma at St George’s, University of London, UK, demonstrated that the production of an antibody in plants and isolation from them using simple separation techniques is possible. Also proved that the resulting proteins would be pure and safe for medical use. During the 2015 outbreak, a farm in Owensboro belongs to Kentucky BioProcessing utilized such a long-established firm to produce the ZMapp antibodies as a potential treatment for Ebola.

Another helpful technology is the transient expression, which is dipping plants in a specific solution and then allowing them to grow; this leads to their cells expressing some DNA temporarily. In other words, this method might be advantageous to have them express new proteins in two weeks or fewer.

Molecular farming companies, for example, Medicago, in Quebec are already working on vaccines. They directed plants to produce proteins that could be assembled into a virus-like particle successfully. The results from tests of the protein shell of the SARS-CoV-2 virus in mice initiated the production of antibodies. This study expects to start a phase I clinical trial in humans subsequently.

It appears that as the coronavirus pandemic continues and the race is on to develop working vaccines, molecular farming could be an attractive world-changing idea, capable of providing medicine simply and cheaply to people.

Global warming and it’s impacts on Pakistan, A world without ice

Science Outside the Lab: A Forgotten Aspect of Science to Boost Development